The Lancashire area qualifiers for this years North West Open will take place at the Stephen Hendry Snooker Club in Preston on Saturday 5 March.

The Liverpool area qualifiers will take place at George Scott’s on Sunday 3 April.

The last four players remaining from each qualifying event will go forward to the Grand Finals which will also be at George Scotts on Sunday 8 May.

All matches will be on a KO basis with all matches being Best of Five frames.

The draws will take place the weekend before each event.

All players will be notified of the draw and their scheduled match time as soon as possible after the draw.

There will be NO cash payments accepted on the day of the competition.

All entries should be received before the closing dates –

IMPORTANT NOTE: ALL PLAYERS MUST BE OF AMATEUR STATUS AND BE RESIDENT IN THE NORTH WEST OF ENGLAND.

To enter: Please send Tony Cook a message via WhatsApp or SMS to 07850030916 – saying which event you would like to enter.

Please don’t call. Tony is likely to still be in America and either performing, travelling or sleeping!

Tony will contact you to advise you of the bank details

You may only enter one of the events!

Although we will have to miss out on 2021, at least this event can now be bought to a conclusion.

The finals will be played at The George Scott Snooker Club in Liverpool on Sunday 5 December starting at 10:00am.

Please Note: The draw will be done on the day. Any player that arrives after 10am will be docked one frame and another frame for every subsequent 10 minutes.

The Prize Breakdown will be announced on the day. 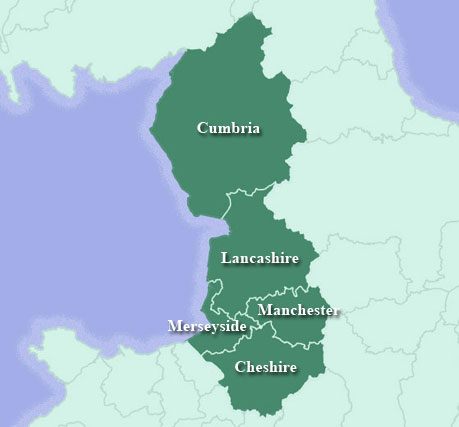 Due to the current situation there seems little or no point in even trying to predict when we might be able to hold events.

We are, however, committed to completing the 2020 North West Amateur Snooker Championship. But until we are sure it is safe, we won’t be announcing any dates.

Unfortunately we have taken the decision that it would be unwise to continue with the Grand Final on 5 April.

The event will be held at a future date, possibly the end of May after Q School.

Due to Coronavirus we will have to monitor the situation in regards to North West Open Grand Finals on 5 April.

We have a duty of care to the players and we will make announcements as soon as possible if we need to postpone.

In spite of atrocious weather conditions, 40 players turned up in Lancaster to contest the northern section of this tournament.

Other impressive performances came from Ian Martin who made a 56 break in the first frame of his 3-1 victory over David Stephenson, and Danny McDonald who beat experienced Gary Knowles 3-0 aided by a 54 break.

The next round of matches again saw Silverwood rise to the challenge, defeating the holder Simon Blackwood 3-1, with breaks of 51, 48 and 46. Other notable performances were by Kevin Harris who beat Richard Alston 3-1 with 4 breaks over 40.

Other good breaks in the first two rounds were made by Jack Cullingan, 84 and 56, Steve Scott, an 80 clearance, a 69 from Michael Cousins and 50’s from Mike Nixon and Josh Mulholland.

The qualifying round saw young newcomer Anthony Wall narrowly defeating Tyler Whittaker on the final pink. Silverwood struggled against Alan Pearson who led 2-0 but hit back to take the next 3 with a top break of 53. Jack Culligan hit the highest break of the day, a 90, in the first frame of his match against Ian Martin, however Ian took the next 3 to qualify. Josh Corless was particularly impressive in beating Mike Nixon 3-0 with breaks of 67, 47 and 45.

The other qualifyers with consistent performances were Mark Ainscough, Dave Holcroft, Kevin Harris and Steve Scott. A special mention should be made. Josh Naylor, a local lad with cerebral palsy, playing in his first tournament outside league play acquitted himself very well in spite of losing his match 3-0.

The Lancaster Qualifier for the NWBSA Open Amateur Snooker Championship 2020 will take place on Sunday 16 February at Squires Snooker Centre in Lancaster.

Players in the Prelim Round matches M1 to M9 should be at the venue in time to start at 10:30am.
Matches M10 to M14 can start as soon as a table becomes available.

Round of 32 (approx Midday roll on/roll off )

Players who reach the LAST EIGHT, will qualify for the Grand Finals on Sun 5th April in Liverpool

Due to the lack of entries, the qualifier due to be held in Carlisle has been cancelled.

Those who chose to do so have been transferred to Lancaster.

The first round began with Alex Taubman in fine form beating Tony Kinsella 3-1 with breaks of 52, 90 and 76.

Robert Marshall could not repeat his fine form from the Lancaster event losing easily 0-3 to Leo Fernandez. Leo made breaks of 39, 44 and 49.

Clayton Humphries had a comfortable 3-1 win over Jack Bradford, finishing off with a 73 break

Junior player Paul Deaville continues to improve, winning the first frame against Mark Salmon on the black, then recording an 80 break in the next frame before wrapping up the match 3-0.

Andy Milliard had a titanic battle with David Holcroft. David made an 86 break to level the match at 2-2. However, Andy replied in the decider with 82.

The first quarter-final was a cat and mouse affair, with Alex Taubman taking the opening frame. Leo Fernandez levelled with 33 and 36. Alex again took the lead, aided by a 48 break. Leo dominated the fourth frame with a top break of 38. Alex produced his best form and took the decider with a 68 break.

Paul Deaville continued his fine form, defeating Clayton Humphries 3-1. Paul had a top break of 55, while in the only frame Clayton won, he made an 80 break.

Andy Milliard started off well against Simon Blackwell, winning the first frame with a 50. From then on, it was downhill as Simon won the next three.

Sean Maddocks played out a marathon match against Mike Nixon. Sean established a 2-1 lead before Mike hit back with a 56 break. The decider was a very tense affair with Sean trailing for most of the frame before snookering Mike on the blue and eventually potting the pink for the game.

The semi-final produced straight forward wins for Taubnan over Deaville, three nil and Blackwell over Maddocks, three one

The final started with Taubman taking the first frame with the aid of a break. There then followed an exhibition of consistent power potting by Blackwell who reeled off the next four frames in style to take the magnificent silver trophy, on loan from Thurston’s museum, a replica trophy and the five hundred pound winners cheque

Alex received a cheque for two hundred and fifty pounds and a trophy.

Robert Marshall had the highest break of one hundred and nineteen, worth fifty pounds

Twist refereed the final stages and received a commemorative medal.

The final of this event will take place on Sunday 7 April at the George Scott Snooker Club in Liverpool, starting at 10:30 am

Dress Code is a collared shirt, trousers and shoes.
No jeans, t-shirts or trainers.
Anyone not adhering to the dress code will not be allowed to play.

Format is best of 5 frames up to the final which will be the best of 7 frames.

Robert Marshall has retained the title of North West Billiards Champion after defeating Chris Achilles in the final on Sunday.

16 billiards players from across the region took part in the event at Mill Brow Sports Club, Widnes, playing for the Strachan Challenge Cup.